Muse: Out of This World (Updated) por Mark Beaumont 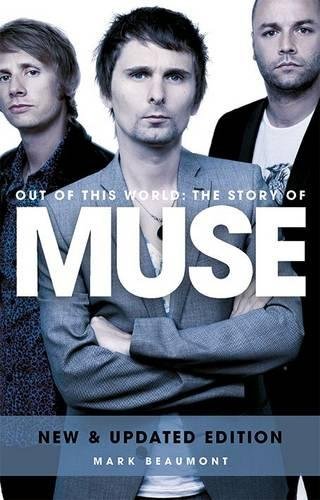 From a Battle of the Bands contest in Teignmouth, to the first band ever to sell out the new Wembley Stadium, The story of Muse's stratospheric rise is one of UK rock's most fascinating and incendiary tales.As three unassuming kids from Devon plot a course to become the biggest British rock band on this or any other planet, they take in séances, aliens, conspiracy theories, jet-packs, hallucinogens, mind control, Martian horsemen, Berlioz, gigantic floating globes, on-stage satellites and some of the most powerful, bombastic and magnificent music of modern times.From the first time they smashed up all the stage equipment as 16-year-old punk kids, Muse were always a stadium band in waiting.This newly revised edition of the only serious biography on the group follows their every step on the road to Wembley and beyond, including detailed accounts of all six of their studio albums - including the million-selling Black Holes And Revelations - and all of the wild nights, theories and falsettos they experienced along the way.Having been the first national music journalist to interview Muse in print, Mark Beaumont became an early champion and friend of the band, touring with and interviewing them numerous times for Melody Maker and NME at every stage of their career.Mark Beaumont's book includes thousands of words of exclusive, previously unprinted interview transcript takenfrom those sessions between 1999 and 2012.